This is where I would typically paste a press kit bio, but I thought I’d dispense with the third-person act and just (briefly) tell you a little about myself.

I grew up in Flagstaff, AZ and was excited about playing the bass before I even had the opportunity to touch one, but my parents insisted that I first play guitar (6-string) and traditional school band/orchestra instruments (viola, trumpet, euphonium, tuba). I thanked them for that as often as possible! When I finally did get a bass – just like in the old joke – I quickly landed a gig. At the age of fourteen, I played with a norteña band in a bar located right on Route 66. I’m still surprised that the aforementioned parents allowed this to happen but, after making minimum wage washing dishes at Bob’s Big Boy, the $75 a night I made was all it took to hook me for life. 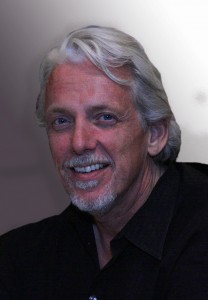 I was fortunate enough to get into the local university (NAU) jazz program while still in high school, and there I met the core members of my first “real” band, Lost Wages. From there it was off to study jazz at the Berklee College of Music in Boston, followed by a few years of bouncing around the country playing music, before returning to Arizona to join a band with my brother, S.E. Willis, This was the real beginning of my blues and “Americana” education (thanks, Steve!).

The following years were spent performing, traveling and recording with a few dozen different groups. Highlights of this period include tours of Mexico with the “jazzgrass” band, Flying South and six months in Thailand with the “funkasalsalypso” band, Limbs Akimbo.

I settled in the Phoenix area in 1999 and began working for Fender Musical Instruments. While doing various jobs there, most notably running the SWR amplifier division for  five years, I also (finally) finished up my Bachelor’s degree and then earned a MBA in Marketing. I also continued performing and recording with Valley area musicians, including The Swingtips, Chuck Hall, Alice Tatum, Robert Martinez, Brian DeMarco, The Herndon Brothers, and several others that I have risked irritating by omission.

I am currently spending most of my time on musical pursuits, which makes me very happy! I am also doing some voice-over work and keep my hand in marketing by creating promotional videos, jingles and copy writing. I would love to speak with you about your needs – musical or otherwise. The only thing makes me happier than being involved in the creative process is being a part of a quality finished product!